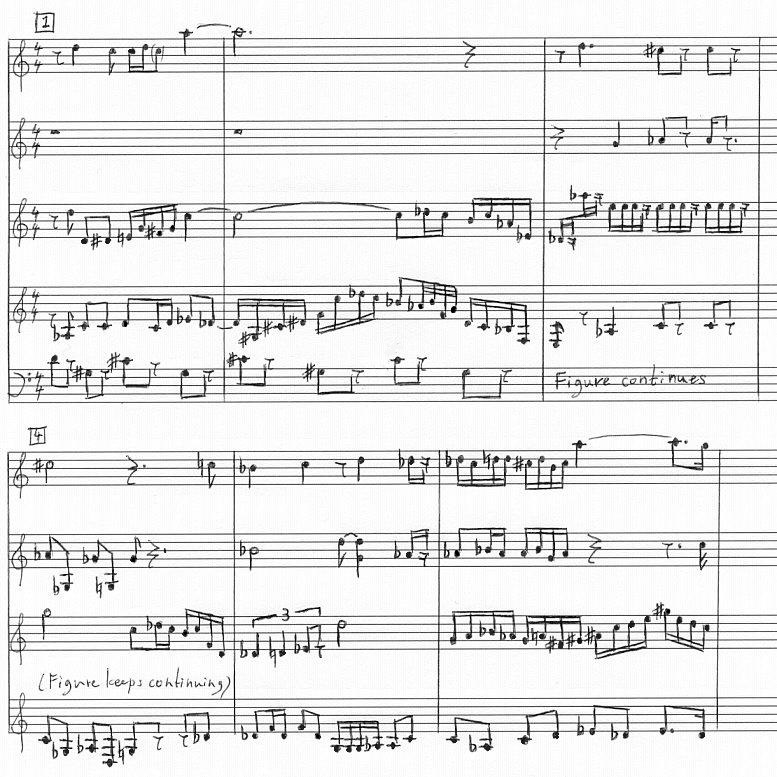 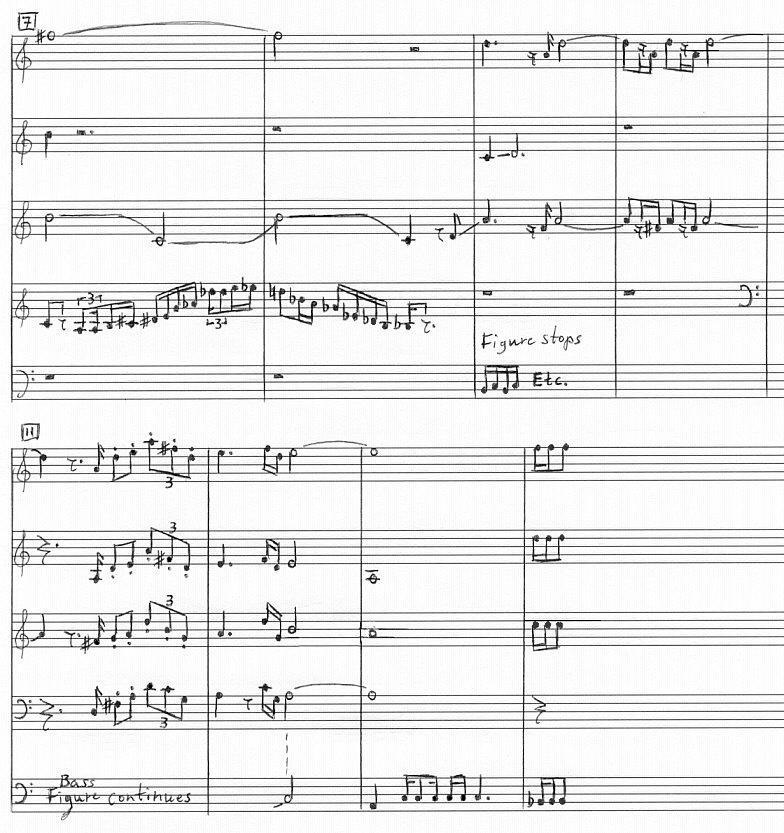 Variant I processional march, opening. Transcription: KS., except for the trombone part in staff 3, that could be taken over from the copy below.
Update 2008, deposited at the I-depot, The Hague. 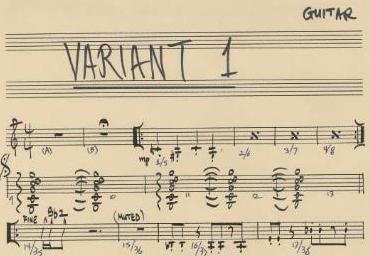 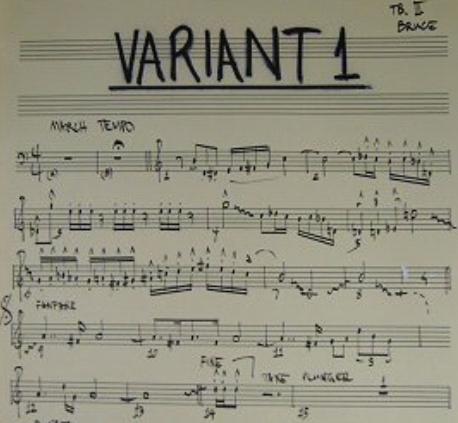 Variant I processional march, guitar and trombone part, opening. Source: original score.
Everything is Zappa's handwriting, except for the title "Variant I" on the trombone part, that apparently was inserted there by somebody else. The guitar part isn't actually played on "Wazoo".