The Ensemble Modern orginates from a student orchestra, calling themselves "Ensemble modern der jungen Deutschen Philharmonie". They had as aim the performing and promoting of contemporary music. In 1980 it was established as an independant entity, called The Ensemble Modern. The ensemble has its base in Frankfurt, Germany, but its members are from divers countries. It also tours worldwide. The group is made up of some 20 musicians, who govern themselves on a democratic basis.
Their contacts with Zappa start in 1991, when they thought of performing a major orchestral work of Zappa for the upcoming Frankfurt Festival. Zappa showed little enthusiasm for this idea, but he was interested in having them perform new work. Three members flew to L.A. and soon came to an agreement with Zappa. Then in July the whole ensemble came over to Zappa's studio "Joe's garage" for the first round of rehearsals. In 1992 Zappa on his turn flew over to Frankfurt for a second round. The result was a 90-minute program to be performed in three German cities. The ensemble continues working as a protagonist of Zappa's modern music and recently brought out a second program on CD. They rightfully claim to be Zappa's last band.

The "Yellow shark" CD contains most of the material from these three concerts, all is recorded live. It consists of modern compositions from Zappa's whole career. The oldest ones date from the late fifties and the sixties and first appeared on "Uncle meat" (1969) in rock band versions. Then the "B-bop tango" from "Roxy and elsewhere" (1974) comes along in a chamber orchestra version. But most material stems from the eighties. One part is chamber music, mostly difficult outspoken atonal work. The other part is synclavier music, that they were probing for the possibilty of human performance. The ensemble got very far at this aspect. Three compositions were specifically made for the event. Below is the CD track list, the underscored ones can be opened as midi file excerpts. These underscored tracks also all return in the study. 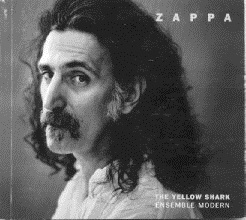 
EVERYTHING IS HEALING NICELY, 1999

During the rehearsal sessions their was also room for improvisations and experimenting. This was also part of the "Yellow shark" program, but not included in the corresponding CD. From the live recorded improvisations Zappa did use some sections for inclusion in the "Civilization phaze III" CD. In 1999 the Zappa Family Trust decided to release an entire CD mostly made up from the remaining studio tapes of this kind. The majority of the tracks are improvisations, directed by Zappa. Then there are some rehearsal recordings and the human execution of the synclavier piece "Amnerika", that is taken from the three "Yellow shark" concerts. Impressive is the "T'Mershi Duween" execution, that didn't become part of the "Yellow shark" program. In order to enjoy this CD you have to take into account that none of these experimental tracks were meant for official release, otherwise you might frown upon a piece as mellow as "Nap time".

Since most pieces on this CD are unknown I try to give short descriptions of them. Because it can only be ordered via the Zappa Family Trust its availability is also less. "Library card", "Master Ringo" and "Wonderful tattoo!" are collages of spoken texts and improvisation by the ensemble. They take up over 20 minutes of the 70 minutes CD. Ultimately Zappa scored out "Welcome to the United States", based upon this idea. "This is a test" is dealt with in the study, the Counterpoint #2 section. For "Jolly good fellow" Zappa handed over a melody, that is played in various set ups with improvisation along with it. "Roland's big event/Strat vindaloo" and "Naked city" are soloist improvisations with the ensemble accompanying. Roland Diry plays clarinet, Zappa and Shankar combine on guitar and violin in a soft relaxed way, Jürgen Ruck plays accoustic guitar. "Nap time" is a slow and lasting improvisation with among others the alp horn and gongs, executed when everybody felt sleepy. In "9/8 Objects" the drumset plays in 4/4 over which a written figures in 9/8 and 4/4 are played; Shankar plays violin along with it. The other four pieces are known from earlier releases. 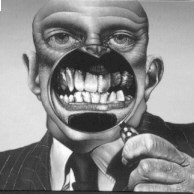 In 2000 the Ensemble Modern performed a second program with Zappa's music in some European cities. Among others they took part in the Holland Festival at Amsterdam, that had Zappa as central composer that year. Two pieces from "Civilization phaze III" are included, brought to a performing version by Ali Askin and Todd Yvega. Todd also tried to turn "Xmas values" and "Buffalo voice" into performable score, but that didn't work out. Apparently both compositions weren't based upon note entry and Todd wrote a program that would approximate the sound via regular notation, but the result was too far behind the original. Of course you can score out anything so that the sound is about identical, but then the score becomes unperformable (no meters, weird rhythm notation). "What will Rumi do?" is the only unreleased composition on the CD. It's a 4/4 figure build up in layers, that ultimately got integrated in "T'Mershi Duween" to see how the ensemble would play irregular groupings over it. This version is included in "Everyhing is healing nicely". The largest piece on the CD is "The adventures of Greggery Peccary". It has a hidden extra track in it. It namely doesn't stop at 21:17 but pauses several seconds and at 21:45 "Does this kind of life look interesting to you?" from "200 Motels" starts. 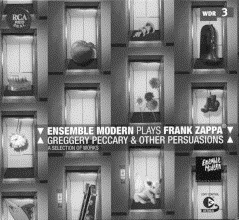 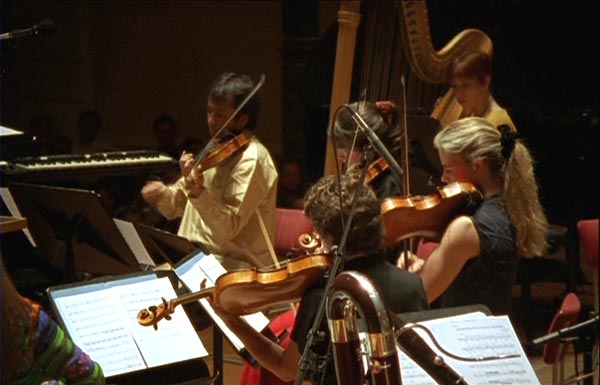 According to an Ali Askin interview (who was hired by Zappa as an arranger for the Yellow shark project and others) by Thomas Fichter, the origins of this last CD lead back to 1996. After the 1996 US tour by the Ensemble Modern, that included Yellow shark pieces, three of it's member visited Gail Zappa, who informed them about the existance of the Greggery Peccary scores. It was in a closet of which she had lost the key. So this closet was broken up and the unpublished scores came into light. It wasn't completely identical to the Studio Tan version. According to Ali Askin their were parts on the album without underlying scores as well as written out parts that never reached the album. Ali arranged this piece as well as synclavier music for the new release. For further information, visit www.ensemble-modern.com.

Back to the menu